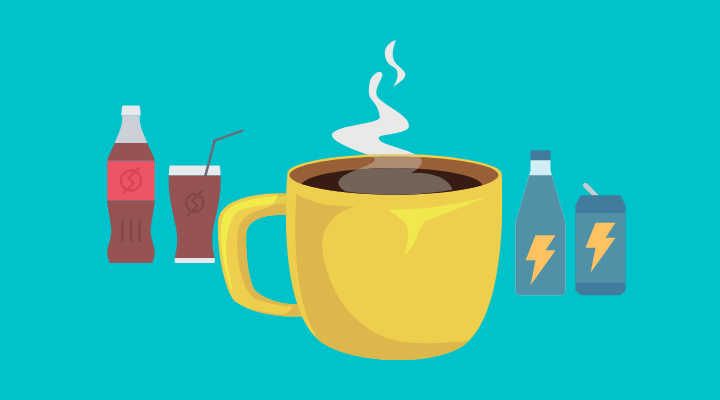 We could (if we really wanted to) shorten this post to one word.  No.  Because we really don’t want a one word post, we will attempt to explain the matter.

Does Caffeine Cause Panic Attacks

There may be a couple of things we need to explain:

Anxiety is usually defined as feelings of worry, being nervous, general unease about something that is about to happen that you are afraid of the outcome.

Panic attacks are sudden, generally completely unexplained, with the feelings of anxiety so severe that you could think you are about to die, or just evaporate from being.

Caffeine Is A Stimulant

Caffeine from soft drinks and from coffee are the most used mood altering drugs in the world.  They are not simply something to pass the time.

What did you say?

That’s right the most widely used mood altering drug in the world is caffeine.

Why do we need our moods altered, you ask?

Well, the stimulants in caffeine can heighten your concentration, your memory, and your alertness.  It’s addictive by itself, but guess how most of us drink it?

You got that right!

Most of us take it with sugar.  And that sugar really turns on the effects, plus it has it’s own addictive qualities.

I really enjoy my coffee.  Some days far too much.  Sometimes I don’t even notice the effects of it, until hours later.  It may take a few minutes of not being able to get to sleep, or being severely anxious, but it will come to me.  I had too much caffeine, now I am anxious.

So, it really depends on how you personally quantify your anxiety and panic attacks.  Drinking too much coffee (more than you are accustomed to) can give you a bad case of the jitters, turn up your anxiety levels to the point of panic, or just keep you from going to sleep at night.

But in the end, a panic attack is caused by something triggering a memory deep within your brain that immediately stops all of the regular functions of your body and gets you geared up to either run or fight.

The real problem is that you can’t find anything to run from or fight as the symptoms increase.  Then you naturally go into a fear mode, which turns up the panic mode.  What a vicious circle it is.

Either drink more coffee and see if you have more panic, or drink less and see if it goes away.

HealthSpins is a participant in the Amazon Services LLC Associates Program, an affiliate advertising program designed to provide a means for sites to earn advertising fees by advertising and linking to Amazon.com. Amazon and the Amazon logo are trademarks of Amazon.com, Inc or its affiliates.